Not fifty, but a thousand shades of gray

"Can you explain to me this gay thing?" she asked.

"It is complicated," I replied.

In the first place, I am not sure if I have enough expertise to talk about this. On top of that, the usual complaint is that my responses are always way longer than what the questioner had in mind.  I suppose I don't like to merely give the bottom-line, consistent with my philosophical approach to life that it is never merely about the destination but also about the journey itself.

So, without any expertise I launched into a lengthy explanation.

"It is not as if things are black-and-white when it comes to being gay.  Most researchers now talk in terms of sexual fluidity" I started.

I keenly watched out for any glazed expression. Or the eyeball disappearing after having been rolled way up. No signs.  There was an attentive posture.  I got encouraged.

"The this-or-that approach is modern.  In olden times, it seems like people might have been way less rigid about this than we are now."  I went on and on and on.  Interestingly enough, there were even questions posed and it became an interactive session!

A few days later, I read this awesome essay by Siddhartha Mukherjee, on sex, gender, and gender identity.  Yes, the same Mukherjee whose book on cancer won him a Pulitzer.  This essay is an excerpt from another book of his: The Gene: an Intimate History.


The distinction between the three words is relevant to this discussion. By sex, I mean the anatomic and physiological aspects of male versus female bodies. By gender, I am referring to a more complex idea: the psychic, social, and cultural roles that an individual assumes. By gender identity, I mean an individual’s sense of self (as female versus male, as neither, or as something in between).

Across the world, as we begin to move away from the old collective arrangements that denied an individual's sense of self, we are beginning to see even the supposedly conservative societies having to face the complexity of sex, gender, and gender identity.

Strictly from a genetic perspective:


Sex, one of the most complex of human traits, is unlikely to be encoded by multiple genes. Rather, a single gene, buried rather precariously in the Y chromosome, must be the master regulator of maleness. Male readers of that last paragraph should take notice: We barely made it.

If you are a long-time reader of this blog, you know about the geographic migratory path of my maleness that came from the African Savannah.


In 1955, Gerald Swyer, an English endocrinologist investigating female infertility, had discovered a rare syndrome that made humans biologically female but chromosomally male. “Women” born with “Swyer syndrome” were anatomically and physiologically female throughout childhood, but did not achieve female sexual maturity in early adulthood. When their cells were examined, geneticists discovered that these “women” had XY chromosomes in all their cells. Every cell was chromosomally male—yet the person built from these cells was anatomically, physiologically, and psychologically female. A “woman” with Swyer syndrome had been born with the male chromosomal pattern (i.e., XY chromosomes) in all of her cells, but had somehow failed to signal “maleness” to her body.

Imagine that!  What a complication, right?  In the extended family, we have had at least two cases of girls who were biologically girls but who never reached that sexual maturity in their teens.  I wonder if they too could have been chromosomally male?

But do not jump to conclusions about this chromosomal aspects:

Pause for a second and think about this: "women trapped in women’s bodies that are chromosomally male (except for just one gene)" Head-spinning, right?


How can we reconcile this idea—of a single genetic switch that dominates one of the most profound dichotomies in human identity—with the fact that human gender identity in the real world appears in a continuous spectrum? Virtually every culture has recognized that gender does not exist in discrete half-moons of black and white, but in a thousand shades of gray.

Every single fucked up homophobe, condemning people to hell-on-earth based on some fucked up religious interpretation, should be locked up in a room until they read and understand all these complex issues.


At the top of the cascade, nature works forcefully and unilaterally. Up top, gender is quite simple—just one master gene flicking on and off. If we learned to toggle that switch—by genetic means or with a drug—we could control the production of men or women, and they would emerge with male versus female identity (and even large parts of anatomy) quite intact. At the bottom of the network, in contrast, a purely genetic view fails to perform; it does not provide a particularly sophisticated understanding of gender or its identity. Here, in the estuarine plains of crisscrossing information, history, society, and culture collide and intersect with genetics, like tides. Some waves cancel each other, while others reinforce each other. No force is particularly strong—but their combined effect produces the unique and rippled landscape that we call an individual’s identity.

A "kumbabhishekam" is in the works for a temple in the old country. In grandmother's village.  That temple is dedicated to the god(dess) who, according to the believers, protected them from the dreaded small pox.

Belief and faith continue despite the knowledge that it is not any god or goddess who protects the people or curses them with pox. It is not any god who worked to eliminate small pox; recall this post from a few months ago after reading Dr. D.A. Henderson's obituary?  About how he worked in godawful conditions in India to wipe the virus off the face of the earth?

No, this post is not to beat up on faith.  This being a new year, I want to celebrate. By noting something extraordinary.


It took a major Ebola epidemic that led to more than 11,000 deaths, but we now finally have a successful Ebola vaccine candidate in development. If approved, the vaccine would vastly reduce the likelihood of ever seeing another major Ebola outbreak.

You can imagine my excitement here--given my posts here on the urgency to address the awful disease.  I urged here, and on Facebook, to donate to MSF for their phenomenal service during that epidemic.  Thrilled I am with this news.


[The researchers] decided to try something called "ring vaccination," a public health method used to eradicate smallpox in the 1970s. It involves immunizing the immediate contacts — friends, family, housemates, neighbors — of a person who falls ill with a virus to create a protective ring around them to stop transmission.
As soon as a new Ebola case was diagnosed, the researchers traced all their contacts for a total of 117 clusters (or "rings"), each made up of about 80 people. They then randomized the rings of people to get the vaccine either right after their friend or family member had been diagnosed or after a three-week delay.
Their preliminary results were so positive that the researchers changed the trial design so that everyone got the vaccine immediately, including children.

Yep, the same public health method that was used by Dr. Henderson in his remarkable war against small pox.

It is remarkable how such progress happens despite all the horrible politicians and governments.  One can only imagine how much the world would have been a better place if only we humans had at least a little bit of an understanding of our fleeting existence here and, therefore, our priorities.  Oh well; stupid is as stupid does!

I hope this Ebola vaccine delivers what it promises.  And I wish that the success will energize the search for something like a vaccine that can stop dead another dreaded ailment--malaria.

For now, this news about the Ebola vaccine is good enough for me to wish you all a happy new year! 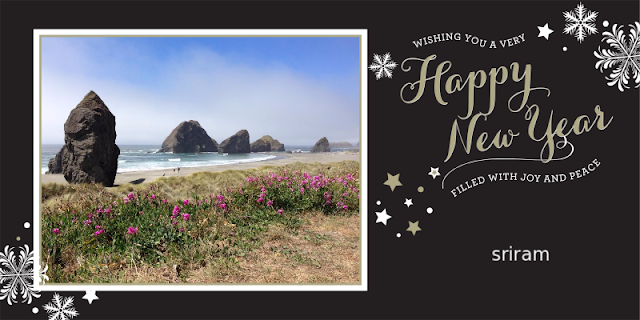 Happy New Year? We're gonna take it to the top! 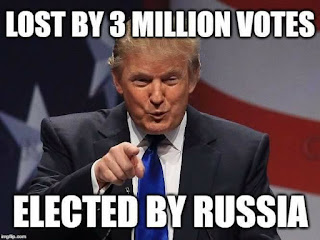 To think that he is the standard-bearer of the GOP and now is the face of the US! ... shame on the dirty rotten Republicans for electing him!  How fucked are we!!!

We shall overcome ... some day

Whether we turn to the declarations of the past, or to the professions of the present, the conduct of the nation seems equally hideous and ...

Looking for past posts?