Higher education in the public interest

I was perhaps 8 or 9 years old when my father took us to the campus of the Indian Institute of Technology (IIT) in Madras, where a much younger cousin of his was pursuing an undergraduate program.  The city of Madras itself was mind-blowing to me, coming from a small industrial township.  Entering through the gates of IIT, I felt I had been taken to an entirely new world.

I had no idea that a college campus could be that big, with plenty of buildings, and deer wandering through!  There were hostels that housed students like my father's cousin.  I decided that I too should go to IIT Madras when the time came for me to go to college.  (It was a thrill to go there again as a high school student.  But, by then I had doubts about engineering, and decided against preparing for the competitive entrance examinations.)

Meanwhile, down in the southern part of the state, my cousin was working on his college degree.  Most days, he cycled to the college, which was about 5 miles away from home.  During the rainy season, he rode the local bus.

Even now, most students going to college in India are like my cousin: They don't have any experience of a residential college.  They stay at home, or at the home of a relative in another town, and commute to college.

Here in the United States, college is almost always equated with residential colleges.  The founding of colleges has led to the growth of many college-towns.  Students come from all over--sometimes from other countries too--stay in the dorms, and work towards their degrees.

Has residential college always been about education though?

Bill Watterson so memorably sketched it out:

(I grabbed this image from the web; don't sue me!)

For the most part, we all went with this model, even when we knew well that students were not really in the dorms and in town for a quality education.  It provided plenty of material for awesome movies too.

We also knew this was not sustainable in the long run.  Wasting money on entertainment like football and basketball; constructing resorts like dorms; fancy gyms; ... it is a long list of what not to do.  Some of us--a small number--kept complaining, but we were shouted down.

The pandemic has lifted the curtains on the residential model of college education, and ... we are forced to reckon with the fact that college was never about education!  "We’ve built a large part of our society around the experience of college, but precious little around the education it provides."

So, does this mean the end of the idea of residential college?

Dream on, but that won't happen.

The pandemic has made college frail, but it has strengthened Americans’ awareness of their attachment to the college experience. It has shown the whole nation, all at once, how invested they are in going away to school or dreaming about doing so. Facing that revelation might be the most important outcome of the pandemic for higher ed: An education may take place at college, but that’s not what colleges principally provide. ... The pandemic offered an invitation to construe college as an education alone, because it was too dangerous to embrace it as an experience. Nobody was interested. They probably never will be.

The food of the gods

When we were kids, once in a while, usually on a Sunday, amma made vengaaya sambar (onion sambar) and a potato-curry.  Would I love to have that combo for dinner tonight!
I didn't know then that potatoes, red chilies, and coriander (cilantro) were not really Indian. There was no reason to suspect they were not.
How wonderful to later find out that none of those is native to the old country.  Two came from the world of the Aztecs and the Incas--from the other side of the planet!  I was more shocked to learn that the coriander plant is native to the eastern Mediterranean.
The Subcontinent made them all its own.
But, there is one kitchen ingredient that I would never have imagined not being Indian.  Never would I have even remotely wondered if it was really Indian.
Asafoetida.
Who would have thunk that!  No sambar can ever taste great without a pinch of asafoetida, but this ingredient is not Indian!
It was only late in life did I figure that out.
The BBC adds more to my understanding.

Asafoetida, or hing as it's commonly known in India, is a perennial, flowering plant that largely grows in the wild. It thrives in dry soil in temperatures under 35C. So India's tropical plateaus and plains, humid coast and heavy monsoons rule out much of the country for hing farming.

So, where does India get its fix?

Instead, Indians rely on imports mostly from Afghanistan, Kazakhstan and Uzbekistan - worth more than $100m in 2019 - to get their fix.

They should rename that region as Asafoetidastan ;)

asafoetida in Latin means "fetid gum". The smell is so strong that raw hing, a greyish-white sticky resin collected from the roots, is dried and mixed with flour - wheat in India's north, rice in the south - to turn it into an edible spice. ... Although the Persians once called it "the food of the gods", hing is now barely found in cuisines outside of India. In other parts of the world it's either used for medicinal reasons or as an insecticide!

However, unlike the potato or the red chili, which came to India after the "Columbian exchange," asafoetida has a long history: "It also makes an appearance in the grand Hindu epic, Mahabharata, whose composition historians believe began around 300 BC."
Now, Indian scientists have "planted about 800 saplings of the plant in Lahaul and Spiti, a cold desert nestled in the Himalayan mountains."  If those plants survive, and the resin is collected, then asafoetida will be made for the first time ever in the old country.
Step back and survey this landscape of food.  Global is a simple and routine combination of vengaaya sambar and potato-curry.  There is so much good that comes from being open to the world.
If only we would think globally!
at 4:38:00 PM No comments:

Click here to get blog-posts delivered to your email address 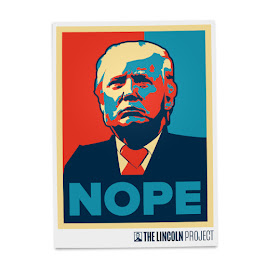