Early in my life, when I was beginning to read about "art movies" that I didn't get to watch, I read in the news that a Tamil movie had won the national award for the best Tamil film: Agraharathil Kazhutai (A donkey in a Brahmin street/ghetto.)

Commentaries were written in plenty about the movie, and plenty of people were upset too.  But, it was never screened anywhere for me to watch it.

Wikipedia reminds me that the movie was banned in Tamil Nadu, and that the government television channel, which was the only one that India had for years, was forced to cancel a scheduled telecast.

To date, I haven't watched the award-winning movie!

Years have gone by since.  Heck, it has been four decades and more.  Now in America, I watched an Indian movie, Umrika, that has never been shown in India!

Throughout the movie, an actor playing one of the characters reminded me of an old time Hindi actor.   Wiki helped me track him down: Prateik Babbar.  He is the son of son of late actress Smita Patil and actor Raj Babbar.

Smita Patil was very much part of the art movie world of the India of my time.  I remember her in Satyajit Ray's Sadgati.  Patil and Shabana Azmi in Hindi, and Shoba in Tamil made characters come alive even on the tiny black-and-white television screen.  A tragedy that Shoba and Patil died young :(

Over the years, much to my disappointment, the creative arts have taken a dive in the old country.  Carnatic music performances have become bhajan sessions.  Books are rarely read and discussed.  There is pretty much no audience for live theatre; people are happy with the cheap entertainment that is offered when cricket is not available.  Movies are formulaic.

Umrika was a pleasant surprise.

Maybe someday I will even get to watch Agraharathil Kazhutai?

A year into the pandemic :(

On February 28th,  year ago, we had the first confirmed case of Covid-19 here in Oregon.

We must continue to keep each other safe by wearing masks, avoiding gatherings, and maintaining distance.

But, while we must continue to keep our physical distance from one another, we will get through the rest of this pandemic the same way we have come this far: together.

The following is an unedited post from a year ago--from March 1, 2020.

During the H1N1 scare, when I was visiting India, one of the relatives simply pooh-poohed the global worries by declaring that the virus is not new and that it has always been there.  Having learnt my lessons well, I decided that I would not argue with fools like him.  I smiled.  He then launched into a rant about how the controversy was manufactured by the pharmaceuticals industry.

More than a decade later, as I recall those interactions, I am now amazed at how much conspiracy theories have always been there even in medical contexts.  With every real threat, there are always nutcases that spout crazy theories.  Now it is COVID19.  The most recent Presidential Medal of Freedom honoree said this: “The coronavirus is the common cold, folks”.  He continued on: “It looks like the coronavirus is being weaponized as yet another element to bring down Donald Trump”.

As public health experts warn that the spread of the coronavirus is inevitable and urge Americans to take precautions, the pro-Trump media world has presented the subject as more fodder for partisan debate.

And then there are the rest of us who don't care about crazy conspiracies, but instead focus on the science and the evidence.  We understand the importance of this: "Getting ready for the possibility of major disruptions is not only smart; it’s also our civic duty."

It is a civic duty.  Indeed.

I might be healthy enough that the virus might just about make me sneeze a few times.  But, I could also be spreading the virus through the sneeze. Or by carrying it in my fingers.  We need to play our part to flatten the curve of how it spreads:


Epidemiologists often talk about two important numbers: R0 or how infectious a disease might be, expressed as the number of people that are infected by each person who’s been infected; and the case fatality ratio (CFR): the number of people who die as a result of being infected. For example, an R0 of two means each infected person infects two people on average, while a number less than one means the disease is likely dying out in the population.

The CFR is out of my individual control--that is the task of the government machinery and hospitals and various organizations.  But, I can personally address the R0.


The infectiousness of a virus, for example, depends on how much we encounter one another; how well we quarantine individuals who are ill; how often we wash our hands; whether those treating the ill have proper protective equipment; how healthy we are to begin with—and such factors are all under our control. After active measures were implemented, the R0 for the 2003 SARS epidemic, for example, went from around three, meaning each person infected three others, to 0.04. It was our response to SARS in 2003 that made sure the disease died out from earth, with less than a thousand victims globally.

So, what are the estimates of R0 in the case of COVID19?  It is a wide range at this point, as epidemiologists try to make sense of the data.

Meanwhile, an epidemiologist cautions: “things are going to get shut down. And this virus is probably going to be with us for some time to come. It might become endemic, like measles.”

Who you gonna believe?  This President and the likes of his Presidential Medal of Freedom honoree on Faux News, or public health experts?  Oh, of course, if you are reading this, it means you are not one of the 63 million here in the US.  Good for you for being a responsible citizen!

Click here to get blog-posts delivered to your email address 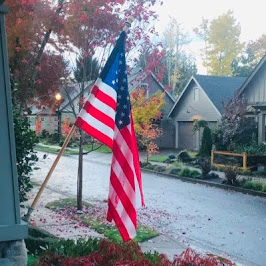